Computers as mechanical computing devices have existed for centuries, but a computer in the modern sense is electrical or electronic devices, and such devices appeared in the 20th century. The first computers did not look like the modern ones, were large and consumed enormous amounts of energy. As an example, we can give the “Z3” project built in 1941 by the German engineer Konrad Zuse. In this article you will learn about the history of personal computers.

Z3 was the first fully automatic variable program computer to function. It was used during the war for calculations necessary for the design of aircraft wings. The computer was an innovative machine, ahead of its time, but after the end of World War II, for political and social reasons, it did not gain wide recognition in the world. At that time, the United States became the main centre for the development of computer science, and it was there that a number of solutions previously used in German construction were popularized.

The American equivalent of the Z3 was the “ENIAC” built in 1943-1945 for military use, and it was this machine that for many years was wrongly considered the world’s first computer.

However, this article does not apply to computers in general, but specifically to personal computers, i.e. those used mainly at home or in the office. The design of a personal computer has hardly changed since its inception. It consists of the same components as many years ago, but the technological advancement, size and degree of integration of these components have changed.

Board-mounted sockets and various types of connectors allow you to connect a whole range of expansion cards, hard drives or optical drives. Communication ports located on the motherboard allow information to flow between the computer and other external devices. It is also worth mentioning the graphics card, which is responsible for displaying information generated by the computer on the monitor

The history of personal computers, beginning

The company’s owners, however, were unable to cope with the technical problems that soon appeared and the huge demand for a new product, which in turn forced them to sell the company and quit from the IT market.

Another contender for the title of the first personal computer is Apple, which was the first mass-produced for those times and actually reached a wide audience. The second generation of Apple went into production in 1981 and was already equipped with a simple word processor and spreadsheet, which made the computer a useful tool for working at home or in the office.

The unquestionable success of Apple was noticed by IBM. The producer improved the open computer architecture, which resulted in the launch of the first IBM computer, the PC 5150, on August 12, 1981. This moment is often considered the “birth” of a personal computer, and it’s not just about the name of the IBM PC that appeared for the first time then.

Two years later, on March 8, 1983, the IBM PC / XT debuts, from which the vast majority of computers produced in the world are derived, so later in the presentation I will present the history of personal computers, based on the IBM PC and its numerous clones.

Introduction of a graphical interface

The first personal computers were equipped with an operating system with a text interface (CLI – Command Line Interface). In terms of software, IBM has been cooperating with Microsoft from the very beginning, and therefore, the first IBM PC computers used Microsoft software. Before mouse-controlled Windows was introduced, DOS text commands, entered by a keyboard, were used. It required to know many commands, which made using the computer not easy for the average user.

Xerox was the inventor of the Graphical User Interface (GUI). However, they chose not to enter the personal computer market, and sold the rights of their invention to Apple, which in 1983 introduced the first personal computer supported by a graphical interface. The presentation of the first graphical work environment by Microsoft, took place in November 1984, but it was only a graphic overlay for the Dos system.

Consumers had to wait until 1995 for the completely independent operating system of Windows 95. In March 1993, the Pentium processor, manufactured by Intel, appeared on the market. It was the first so-called a hybrid processor in which two i486 processors were de facto integrated.

The innovative solution used in the processor, allowed executing two instructions at the same time, which significantly improved the performance of the computer. Initially, the pentium processors had a clock frequency of 60 and 66 MHz, which was systematically increased over time. In 1996, pentium processors were equipped with the MMX (Multi Media eXtensions) instruction set, which together with the memory of several dozen megabytes installed in computers at that time, made the computer a real multimedia device

When describing the history of personal computers, it is worth paying attention to the moment of connecting them to the network. This idea turned out to be a breakthrough in the development of computer science. The Internet in general is a network of connected computers. The average user equates the Internet with websites, but it is only one of the services, next to e-mail and voip telephony, which are currently provided in the broadly popular Internet.

The Internet and the history of personal computers

On the one hand, the connection speed has increased several thousand times, and on the other hand, the price of the services offered has dropped significantly. It is also more and more common that the network can be used for free. It is also worth mentioning the development of mobile access in recent years. Very popular Wi-Fi networks and access offered by mobile networks, and, the development of mobile devices, completely changed the face of the Internet.

The rapidly growing popularity of personal computers in the 90s of the last century resulted in equally rapid technological progress in this field. Computers were introduced successively to all areas of life. Newer and newer applications were created that also required newer hardware. In May 1997, a new Intel product debuted, the Pentium II processor, clocked at 233 and 266 MHz

At the same time, a new type of memory (SDRAM) and a special graphics card connector (AGP) appeared on the market, which significantly improved the computer’s performance. Two years later, the third Pentium processor series appeared, which was a kind of continuation of its predecessor, except for an increased clock frequency, it did not introduce significant changes. However, the operating system installed on PCs has changed.

The premiere of the Windows 98 operating system took place on June 25, 1998. It was based largely on its 1995 predecessor. The novelty was the addition or improvement of the USB and AGP standard, and greater integration of the web browser. The fourth generation of Pentium processors, introduced at the end of 2000, is another significant technological leap. The first Pentium IV were clocked at 1300 MHz, and finally reached the result of 3800 MHz.

Technological progress has also affected the RAM memory and other computer components. A new type of DDR SDRAM memory was introduced in 1999, it had a capacity of 128 MB and was a modification of the previous SDRAM memory. Windows XP is another notable installment of the operating system from Microsoft. XP, released in 2001, reigned supreme for several years, and is associated with Pentium IV computers.

The following years did not bring such revolutionary changes. Pentium class processors are still produced today. The only significant change is the processor cores, the number of which has grown from one to eight. DDR memory also got its fourth release. However, new Microsoft operating systems was introduced. At the end of 2006, a new Microsoft product had its premiere; Vista operating system, and two years later its successor; Windows 7 and 8. The current Windows 10 premiered in 2015.
.
After a spectacular development in the 1990s and early 2000s, the development of personal computers clearly slowed down, and certainly changed direction. The growing popularity of the game console has, in a sense, cut off a large group of users who drive the development of personal computers. A significant change in recent years has been the huge development of mobile devices.

Although portable computers have been manufactured for many years, they were much more expensive, and their technical parameters differed significantly from those provided by desktop computers. Huge technological progress has made today’s notebooks small, offered at affordable prices, and their technical parameters do not differ from those offered by desktop computers.

The final stage in the development of personal computers is miniaturization. All computer components have been integrated into one module, closed in a small housing. The sizes of recently very popular tablets, have been reduced only to the size of the touch screens they are equipped with.

It is also worth mentioning a smartphone or an iPhone (depending on the manufacturer), which have evolved from mobile phones to become “pocket” computers with their own operating system and large memory.
The average owner of a personal computer uses it for work, study or entertainment, and uses it with Internet services. It seems that the equipment currently available fully meets the needs of users. On the other hand, the vast majority of PC owners use their enormous capabilities only to a small extent.

If you have any questions about the history of personal computers, please comment below.

You can also read this article in Polish, at: Historia komputerów osobistych

How to Improve Professional Skills

How to choose Software for a Company 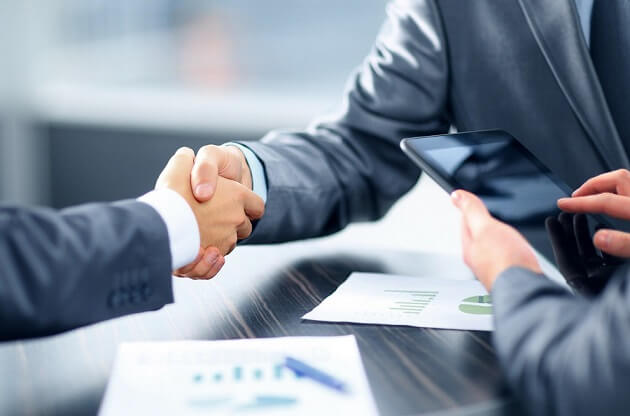 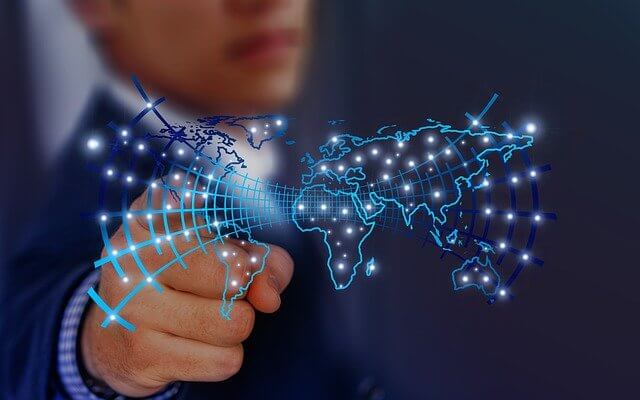 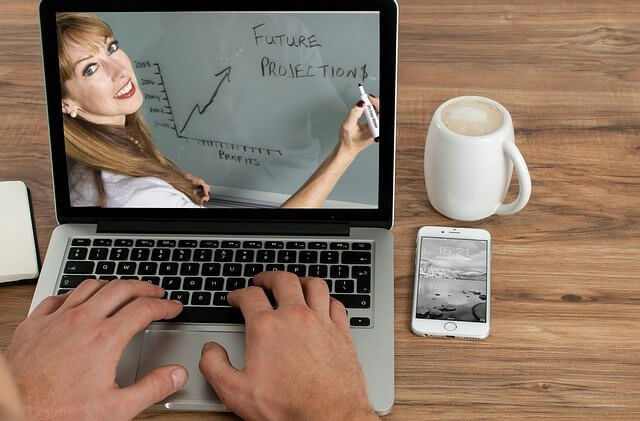 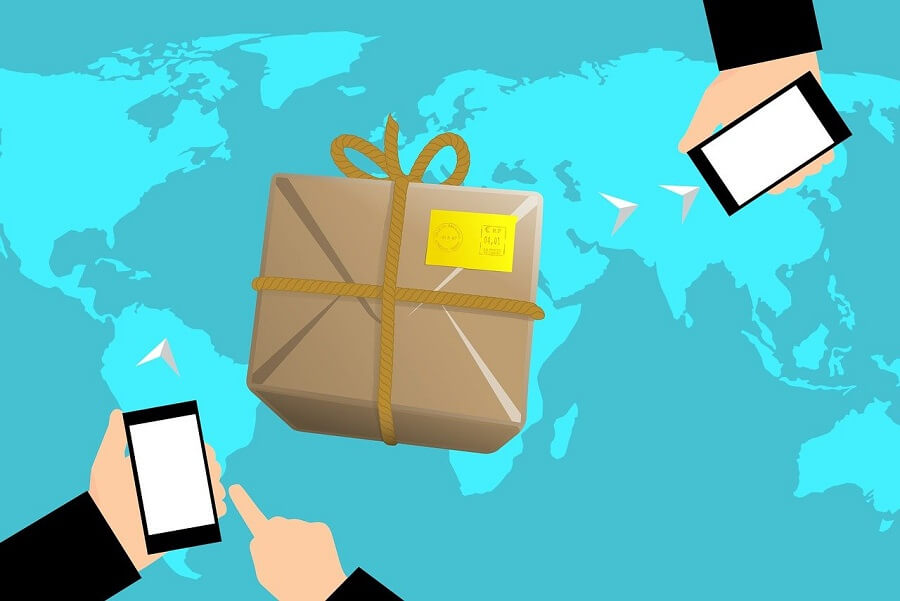